The Remedy for Screen Obsessed Kids

Join me in renovating our 100 year old house!

Hey friend, I'm Tessie! Along with my family, I'm in the process of renovating a 100 year old historic home. I'd love to share the process with you!

It was Saturday morning and I woke to whining pleas from my 9 year old son Isaac, “Why do we have to go? It’s not fair! I’m not going to get any screen time!” We were going on a family day trip to a small town in Iowa. The kids were excited to see where Daddy had been working sporadically over the last few years but Isaac saw a glaring flaw in our plan… We would be gone the entire day and he would not be able to play online video games with his cousins.

As a mom, does anyone else feel like they are spending way too much time arguing about screens? “When can I have screen time? It’s my turn with the computer! Can’t we just play one more game? Can I watch one more episode? Why don’t you let us have more screen time? She got more screen time than me! But I missed my screen time, it’s NOT FAIR!!!” etc. etc. etc.  This daily dialog can be utterly exhausting. Are our days destined to be an endless tug of war with my kids trying every possible way to get more “screen time”, and me trying to limit it so I don’t destroy their childhood? I certainly hope not because I AM TIRED.

On Saturday I ignored Isaac’s pleas and he soon became resigned to our little road trip. We got ready and loaded the four kids into the car. Two hours later we arrived in what seemed to be the middle of nowhere. No Target, no Walmart just a little town with a small hospital and maybe 2 stoplights. After a fabulous Mexican lunch (best Mexican I had had in years) we decided to head to a nearby state park. We parked the car and began the downward decent on foot through leaf covered trails. Immediately the kids took off with squeals of delight at the new found adventure. 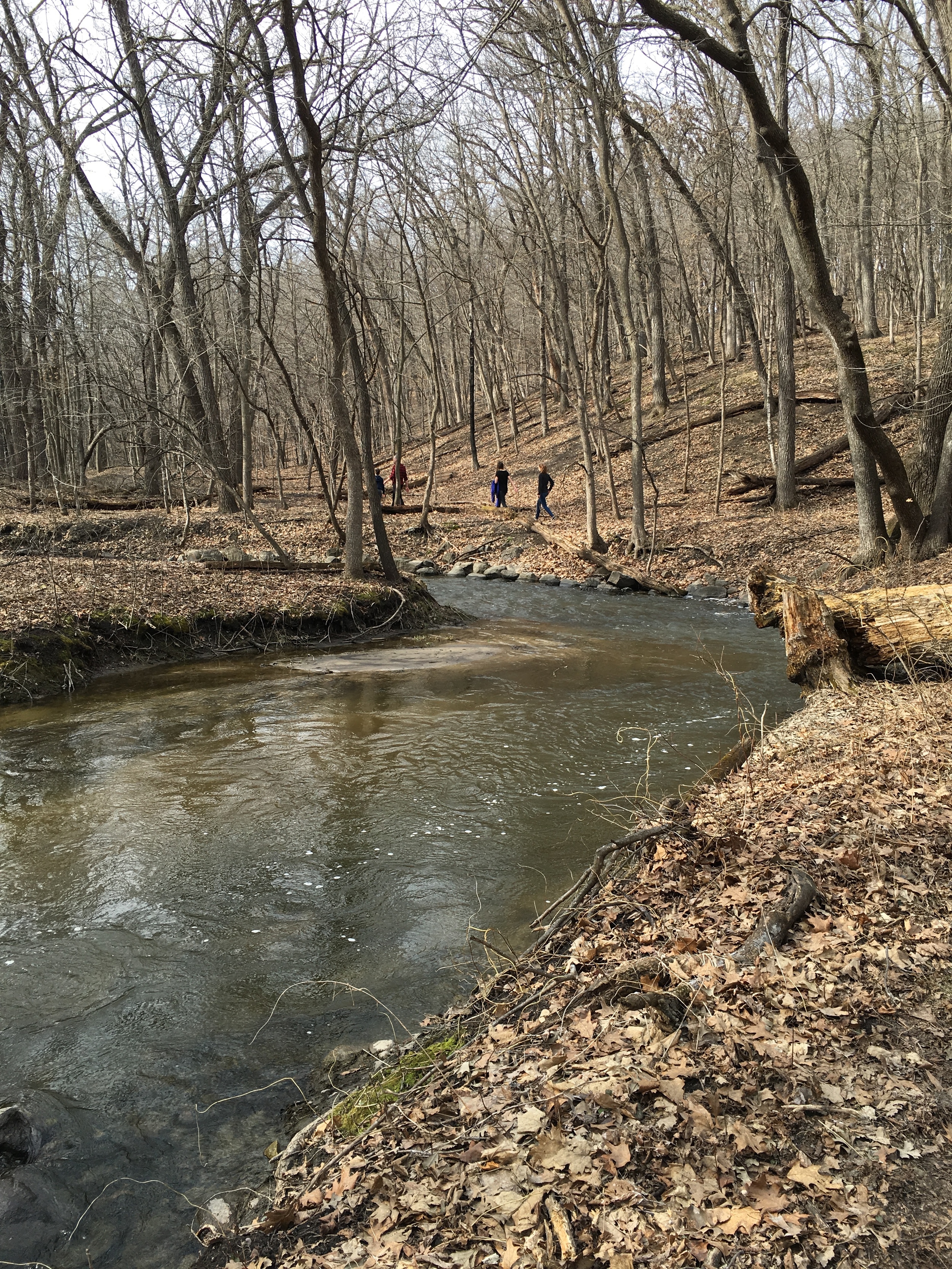 I slowly followed behind with my woefully inadequate shoes (I hadn’t planned on a hike that day). The kids raced down the hill and soon found large trees fallen over a meandering creek. They immediately began climbing, laughing and drinking in the fresh air. 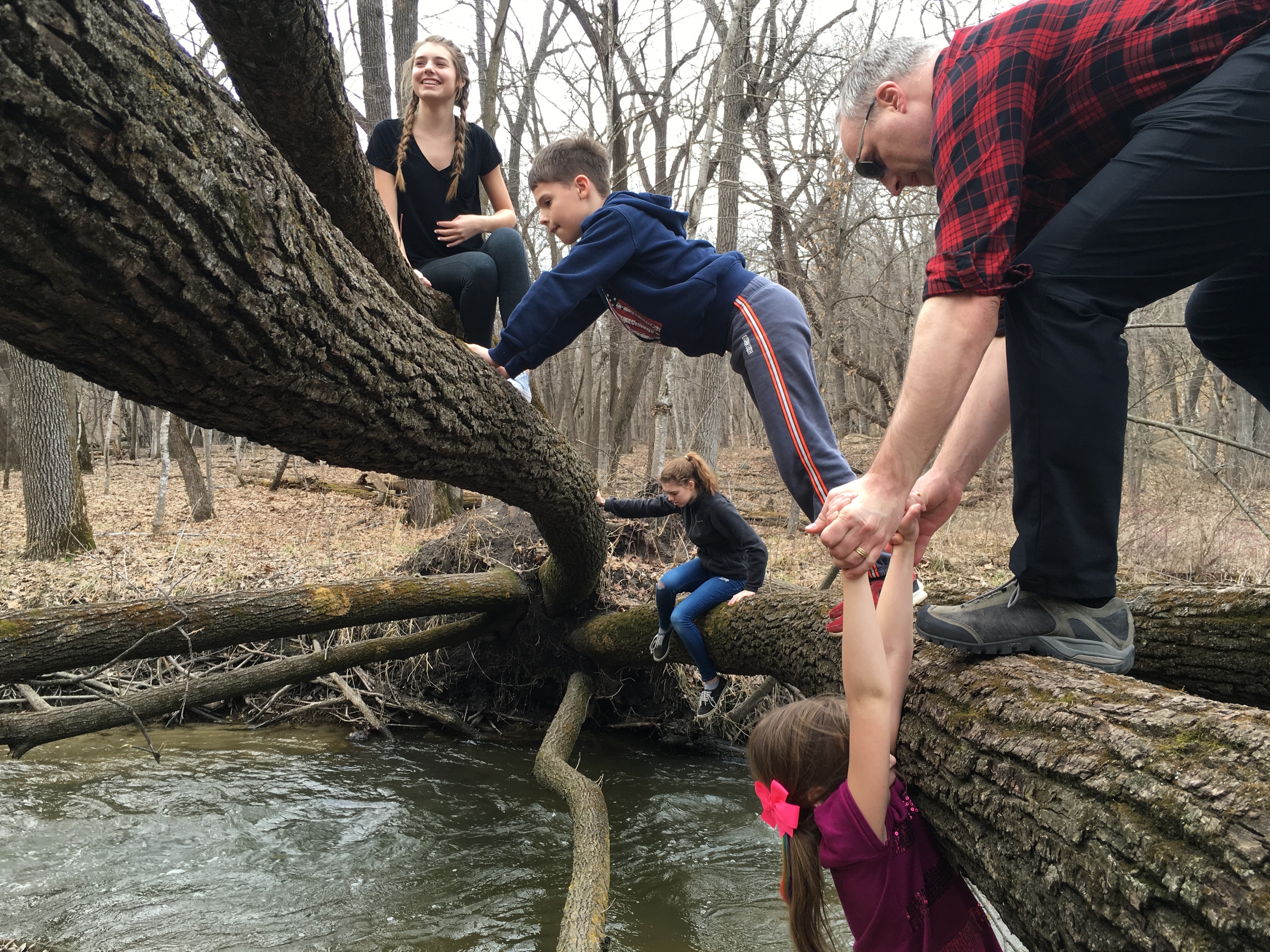 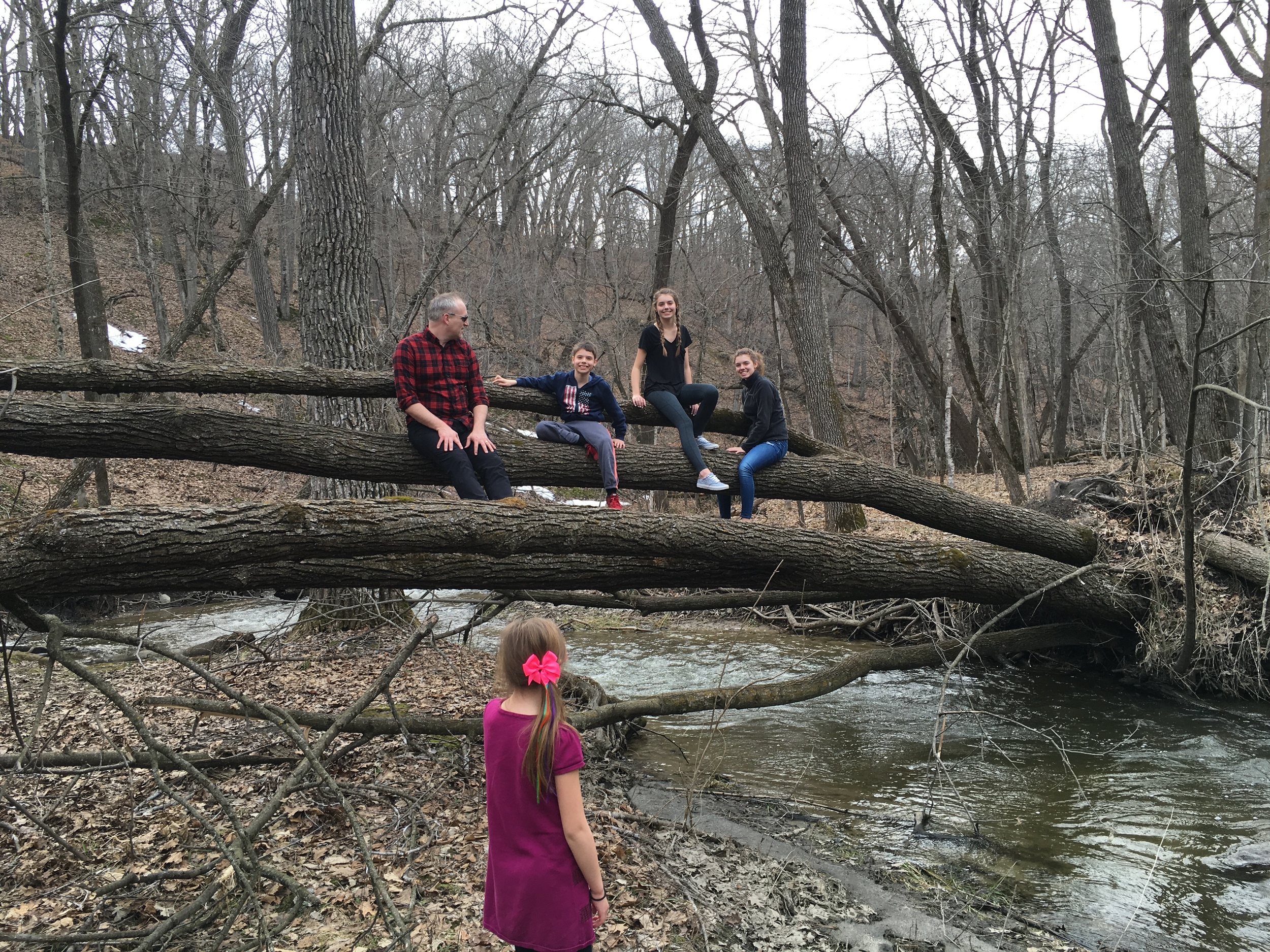 Isaac was so happy- happier than I had seen him in a long time. 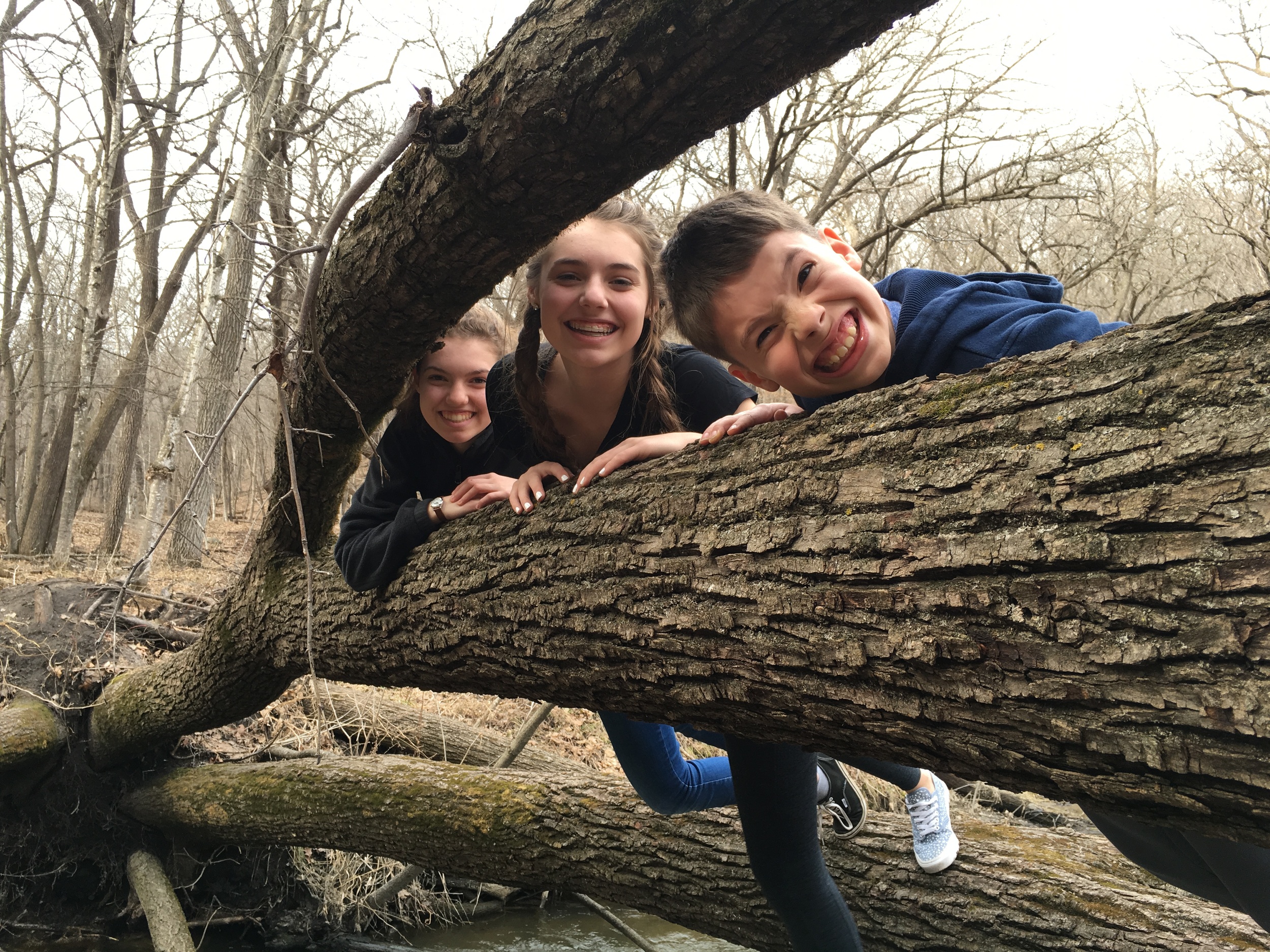 We spent the next hour exploring the trails, throwing sticks into the water and discovering the magical offerings of nature. The kids were completely giddy. I had not seen them so happy in ages. No electronics to distract them, no one checking Instagram or snap chatting friends. I feel like I know the importance of “unplugging” but I had forgotten the pure joy found in being out in nature. 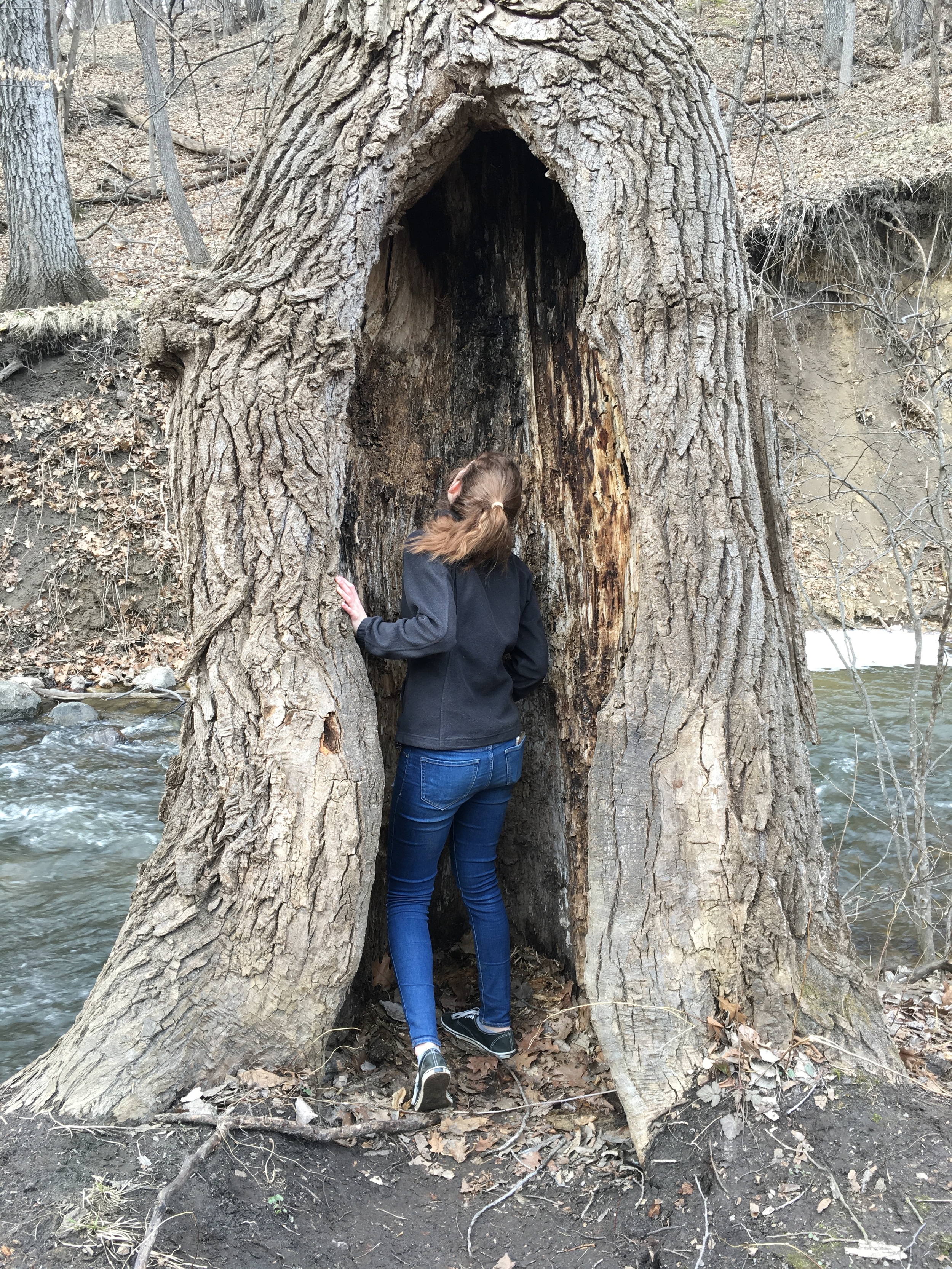 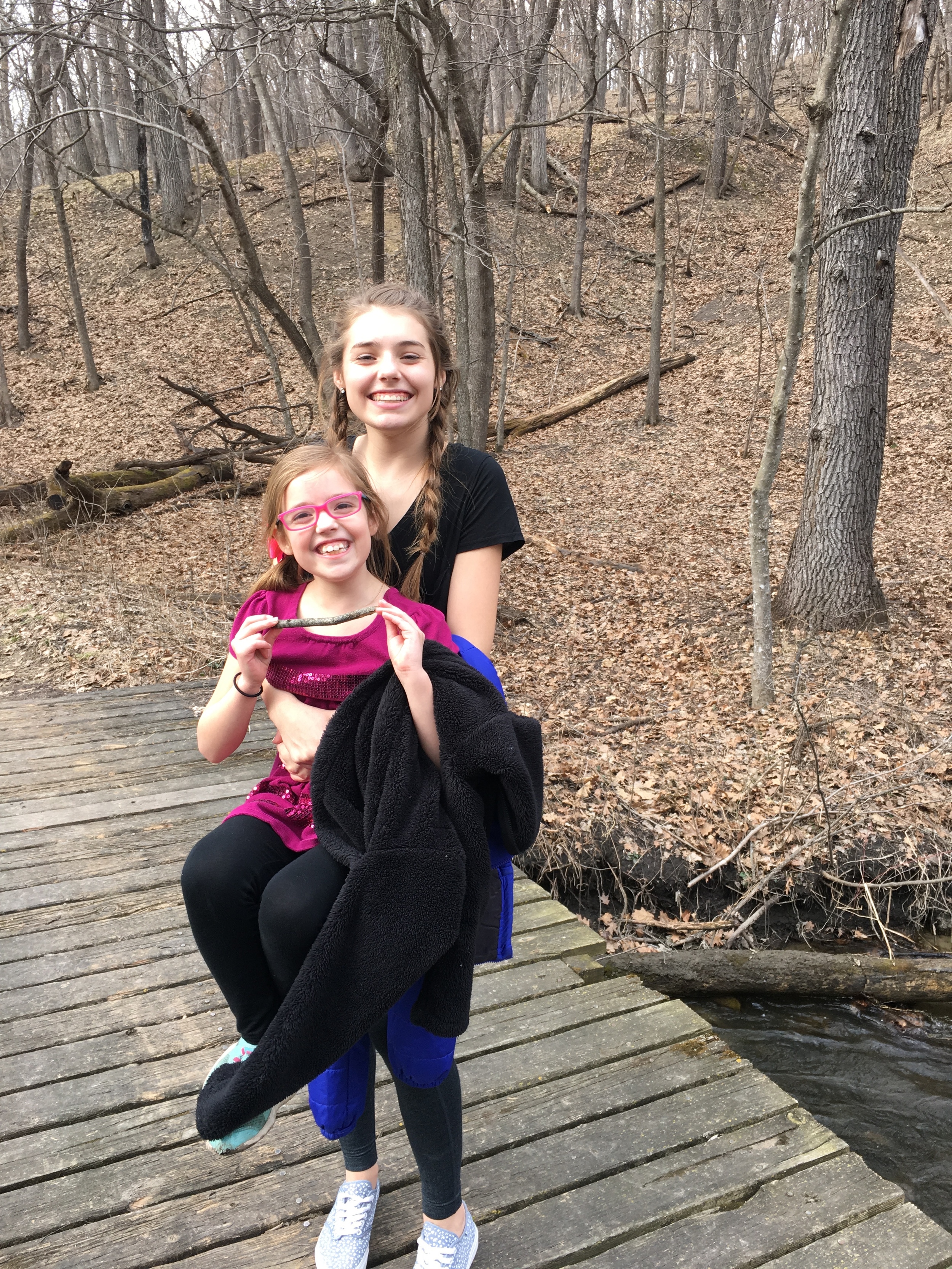 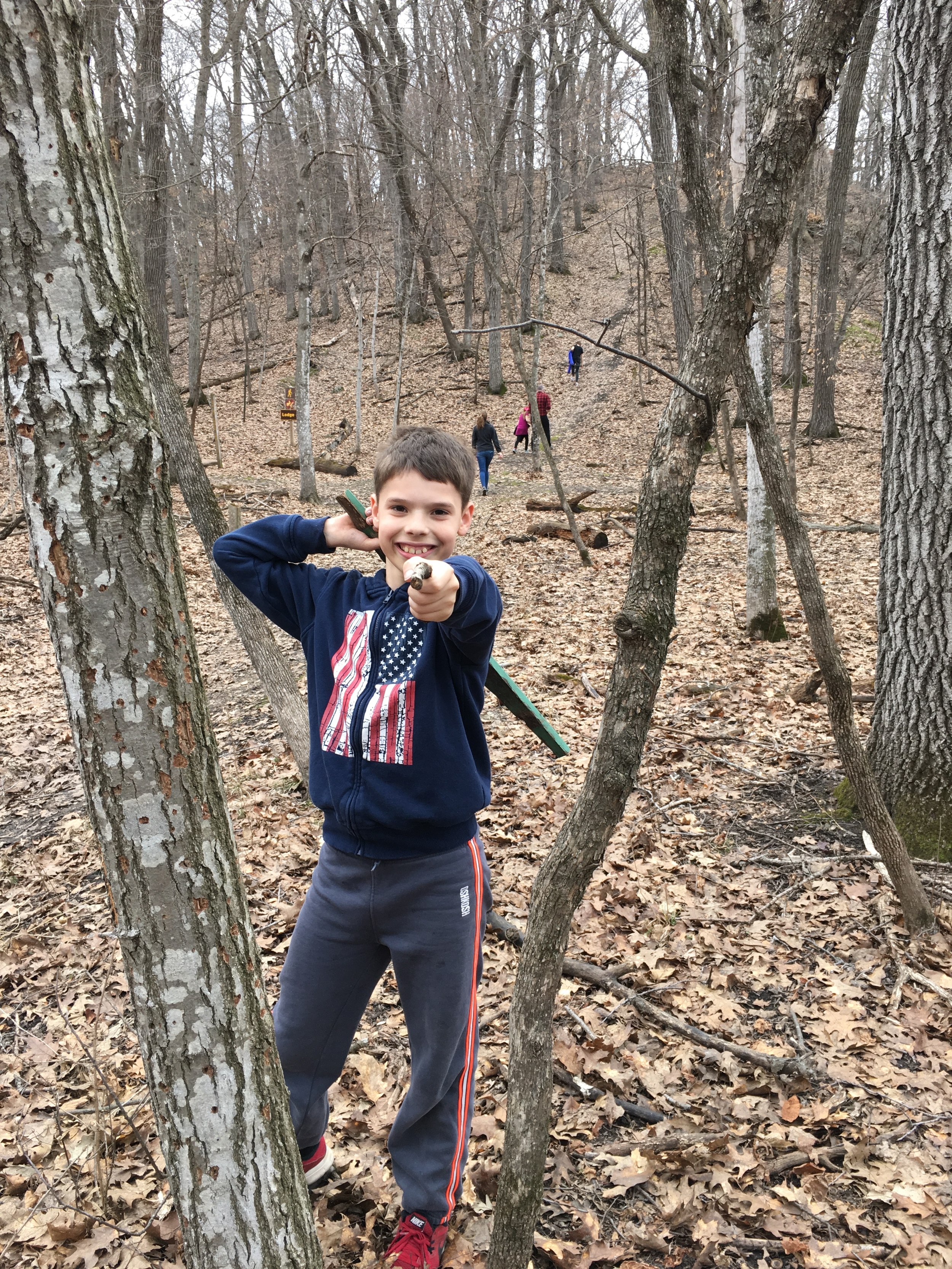 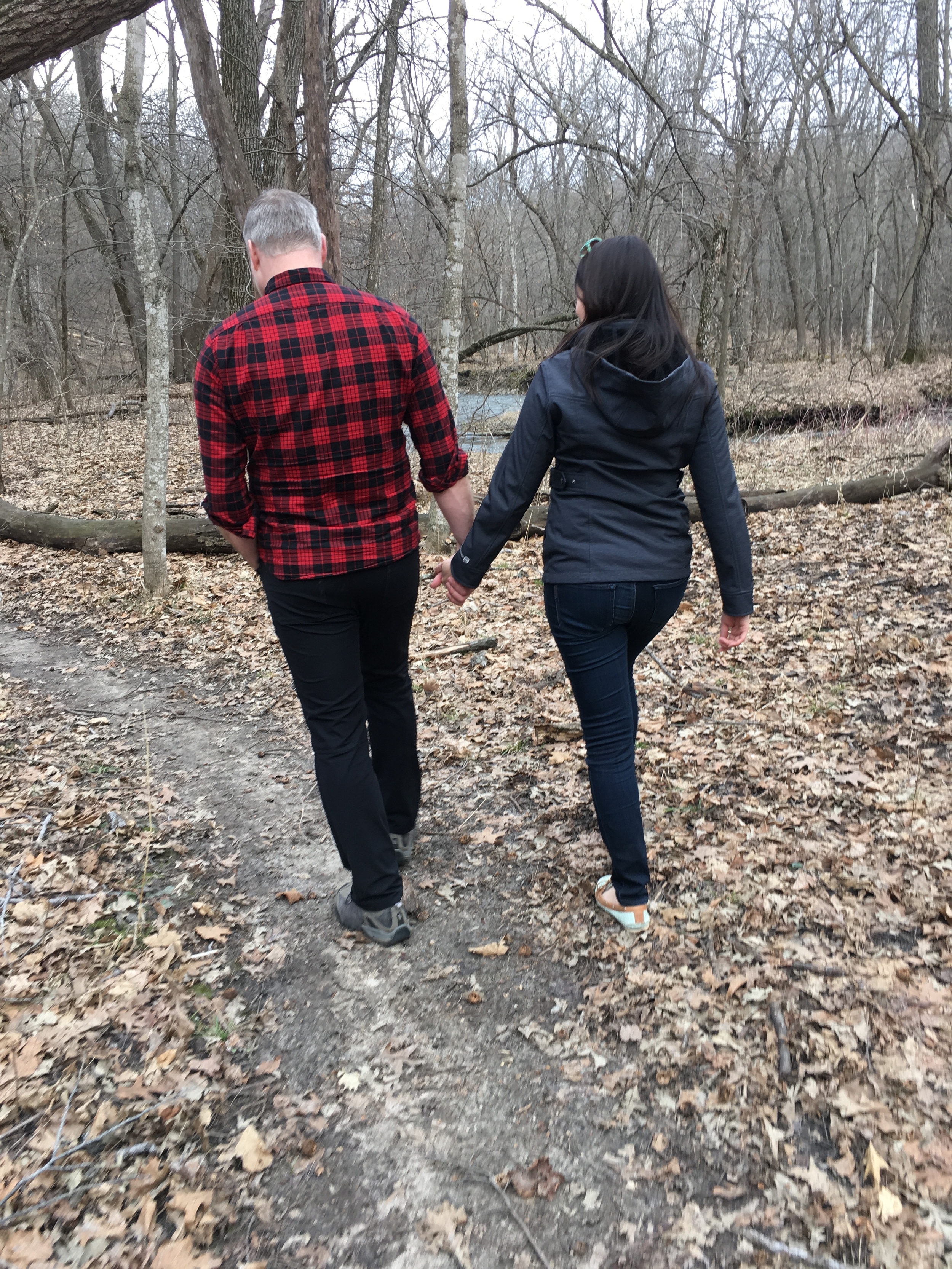 My husband and I walked and talked about how we needed to spend more time outdoors as a family. We were amazed at how happy everyone became exploring nature together. We made a vow to go on more family hikes and family bike rides. I think part of the remedy for a screen obsessed kid is getting outside, breathing in the fresh air and spending time together in nature.

What about you and your family? What do you do when “screen time” is getting out of control? What tricks, rules, tips do you have for limiting screen time? Leave a comment below. I would love to hear what has worked for you!

Whether you're sprucing up a closet or tackling an entire room, I designed this workbook with you in mind. I know fixing up a room can be overwhelming, but this workbook will give you a head start in organizing your thoughts and gaining confidence to dive head first into decorating your space.

Ready to transform a space in your home?

Get the styling cheat sheets

These are the ways I feel called to LOVE DEEPLY. My mission is to help you create beauty and peace in your own home—because I believe everyone is worthy of love and joy.